But one ophthalmologist applauds the work of rural and remote GPs in reducing the rates of diabetic retinopathy through primary care measures.

According to the Australian Institute of Health and Welfare (AIHW) Indigenous eye health measures 2018 report, the three main causes of vision loss for Aboriginal and Torres Strait Islander people are refractive error, cataract and diabetic retinopathy.

Ophthalmologist Dr Bill Glasson is co-Chair of the Indigenous and Remote Eye Health Service (IRIS) and has been providing services to rural and regional Australia for the last 30 years.

He told newsGP that Aboriginal and Torres Strait Islander people have three times the level of eye disease that the non-Indigenous population has, but have ‘at least three times the wait to get any sort of service’

‘And the sad thing is that for a lot of these people it’s a preventable or treatable loss of vision, in terms of cataracts, particularly,’ he said.

Despite these figures, Dr Glasson says there has been a ‘significant improvement’ in rates of diabetic retinopathy in Aboriginal and Torres Strait Islander people – and he credits GPs for that change

He says rural and remote GPs’ work in managing risk factors that reduce the likelihood of such patients developing diabetes has been ‘tremendous’. These efforts include lowering blood glucose levels, managing blood pressure and cholesterol levels, along with encouraging patients not to smoke

‘I must emphasise that there has been a significant improvement in terms of diabetic retinopathy because of the work of GPs in rural and regional Australia,’ he said.

‘There’s no two ways about it.

Dr Glasson says GPs and healthcare workers need to be commended for their role in this change.

‘It’s that sort of work that makes a difference to the lives of most of the patients out there,’ he said

GPs have also played a critical role in screening patients for cataracts, Dr Glasson said, ensuring they are on the path to having their vision restored through surgery.

‘By nature, Aboriginal and Torres Strait Islander people] tend to be somewhat shyer and more reluctant to seek help, but if they trust the people providing the service, they’ll present in a more timely way.

Once an Aboriginal and Torres Strait Islander person is referred to IRIS, the service approaches their care using key guiding principles

‘We have a philosophy that you always bring the service to the people, rather than the people to the service,’ Dr Glasson said.

He says there are a number of reasons why IRIS have adopted that stance.

Firstly, it is more cost effective. Aboriginal and Torres Strait Islander people also feel ‘far safer’ when seeing a clinician in their own community, rather than having to travel.

Lastly, according to Dr Glasson, if you try to bring patients to a service many ‘don’t turn up’. 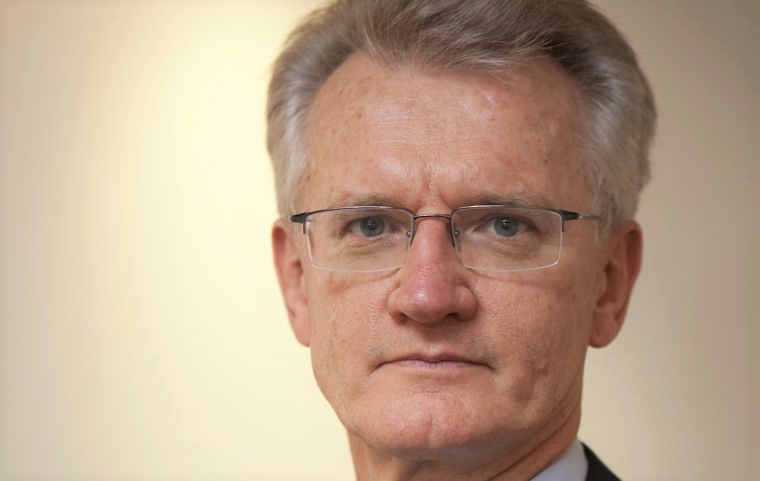 Dr Glasson says that is true for Aboriginal and Torres Strait Islander and non-Indigenous patients, and a variety of factors account for failure to arrive at an appointment, including social reasons and difficulty travelling to a major city.

IRIS therefore tries to perform all of the ‘primary general treatment’ of ophthalmology, including laser treatments, in a patient’s own town. Those who require surgery are brought into a larger city and return to their own community the next day.

Dr Glasson is proud of what IRIS has managed to achieve since it first received federal funding in 2010. IRIS delivered 15,000 eye health services between 2010–14, including 2000 eye operations in 26 communities throughout the country.

In 2019, IRIS was asked to perform another 500 cataracts in remote and Aboriginal and Torres Strait Islander communities. That 500th surgery is due to occur in November this year, and would have occurred earlier had it not been for COVID-19.

Dr Glasson is understandably concerned about the future of IRIS as funding runs out at the end of 2020. He would like to continue providing cataract surgery – which he describes as ‘state of the art’ operations that are in line with current technology – to a vulnerable population.

That care enables patients with cataracts to experience increased ‘independence, confidence and self-esteem’ upon treatment. It can also reduce a person’s risk of falls and help them generate an income through work.

‘This is not about using the money for administration and meetings and all that sort of nonsense,’ Dr Glasson said.

Instead, he says, ongoing IRIS funding will have direct benefits for patients in need of treatment.

‘It makes a huge difference in terms of waiting times,’ Dr Glasson said.

‘And it makes a huge difference in terms of getting these people diagnosed earlier, treated earlier and getting them back to a fruitful existence.’