IRIS (the Indigenous and Remote Eye Health Service) urges all members of ‘the mob’ to look after their sight by having their eyes tested this World Sight Day, 8th October. 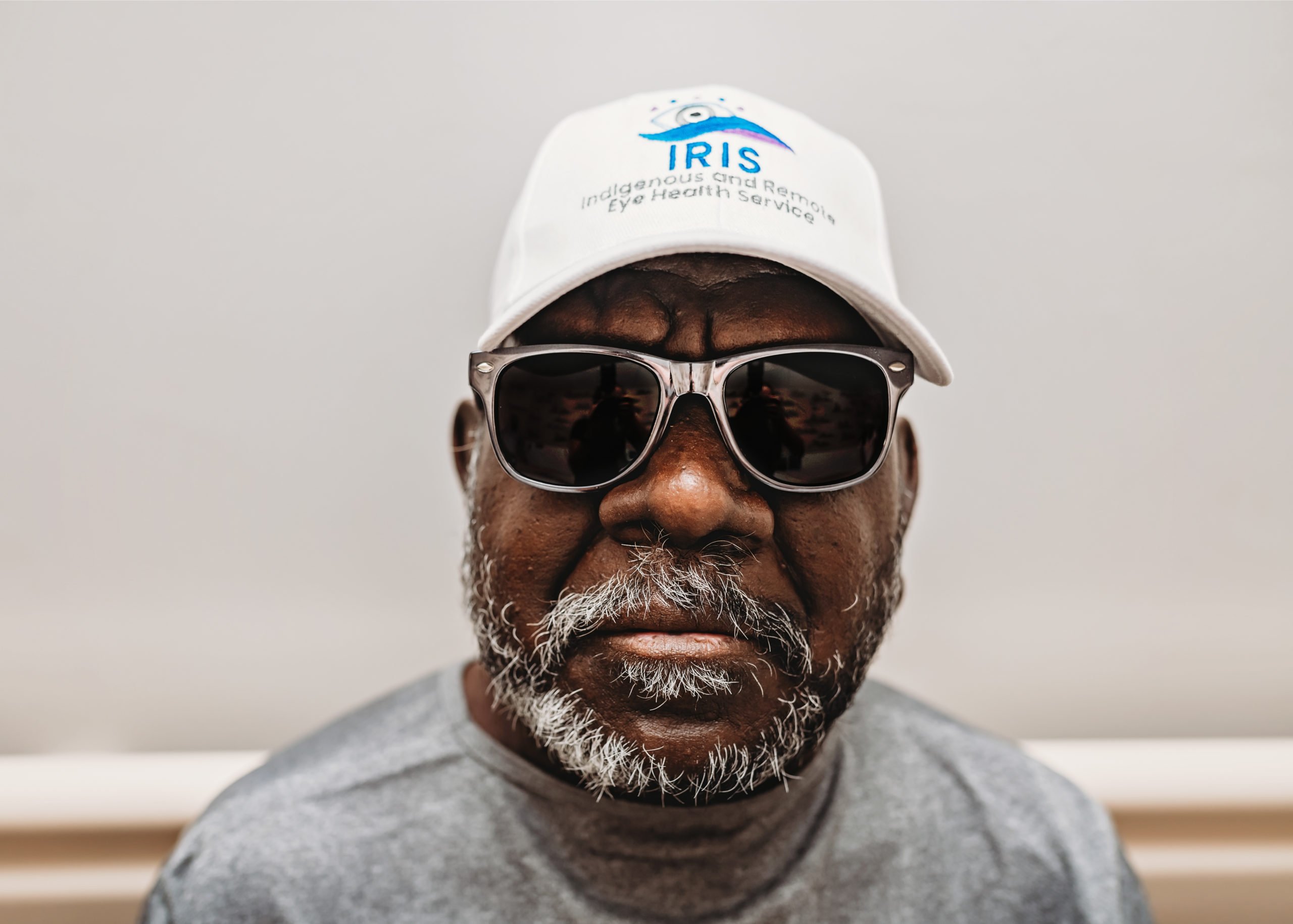 “Keep your eyes on the sun and you will not see the shadows.” It’s an old Indigenous saying meaning stay positive and everything will be ok. Unfortunately, when it comes to Indigenous eye health, this saying doesn’t ring true.

The IRIS program is all about ensuring that people living in remote Australian communities, especially Indigenous communities, can be independent and productive members of society. Healthy sight is the foundation upon which this is built. Poor vision leads to a whole host of other health problems including lack of mobility, falls, social isolation, anxiety, depression and many other issues. That’s why it’s vital that people have their eyes checked regularly

Aboriginal and Torres Strait Islander people are three times more likely to suffer blindness than the general population. Importantly, over 90% of vision loss is preventable or treatable. In rural and remote areas, the lack of adequate access to public cataract surgery has led to waiting times up to three times longer than major cities. Thanks to programs such as IRIS, the gap between services for Indigenous and remote communities and the rest of Australia is now closing.

“Eye-surgery is one of the most cost-effective, life-changing health-interventions of any major health procedures,” Dr Glasson said, “However, conditions need to be detected early in order for them to be treated most effectively and the only way to do that is via an eye test.” Whilst the IRIS program delivers a variety of eye health care services, its focus is on cataract surgery. According to the National Eye Health Survey (NEHS), an estimated 18,300 Aboriginal and Torres Strait Islander people aged 40 and over experienced vision impairment or blindness, with cataracts being the leading cause of blindness and accounting for 40% of the total number of cases of blindness .

The IRIS program is unique in that it brings the services to the patients, not the other way around. It also removes many common barriers to eye service delivery such as access, affordability and lack of patient confidence in the providers of eye health care services. Between 2010 and 2014 IRIS delivered 15,000 eye health services, including 2,000 eye operations, in 26 communities throughout the country. In 2019 IRIS was asked to reform to deliver another 500 cataract surgeries to remote and Indigenous communities. IRIS is scheduled to perform its 500th surgery in November and will in fact exceed its target by nearly 10%. Had it not been for COVID-10, IRIS would have eclipsed its target by approximately 20%.

The IRIS program is administered by Vanguard Health via a grant from the Federal Government.

“There is so much demand for eye health care services such as the ones provided by IRIS. Our services are only limited by the funding that we have available. We could do so much more,” said Vanguard Health CEO Tim Gallagher.

World Sight Day is an annual day of awareness to focus global attention on blindness and vision impairment and was established by the World Health Organisation in 2000.