Shirley Sampson has her bandage removed after cataract surgery

Her smile was evidence of how excited she really was, at the start of this week she admitted to almost being totally blind.

Now she can see again.

Shirley has had cataracts, a clouding of her eye’s lens, she’s one of 500 sufferers of the eye condition in the NT who have been treated by the Indigenous and Remote Eye Health Service, or IRIS.

A Katherine Hospital spokesman said it was dealing with 800 people on an ever growing waiting list for eye consultations, for conditions like cataracts. This includes people who are blind and 300 patients who are waiting for ongoing eye treatment.

There are 25 new people referred for treatment every week and a backlog of 40 people waiting for surgery on their eyes. IRIS program manager Belinda Castellano said they aim to address this gap in health services by providing cataracts treatment for people living in remote communities.

Ms Castellano said people in the Katherine region are often on waiting lists for at least a year.

IRIS run special clinics and have performed eye surgeries in Katherine Hospital this week, trying to fast track people through the waiting list. Without their intervention there would be more and more people like Shirley who are essentially blind.

Cataracts affect many people as they age, but Indigenous Australians are disproportionately affected. Ms Castellano said 85 per cent of their patients are Aboriginal and Torres Strait Islanders.

She said Shirley could only see partial movement on Tuesday before her surgery and failed a basic eye test.

Now Shirley passes the test with better than 20/20 vision, she can see almost perfectly.

“You don’t take it for granted, seeing this (progress) every day,” Ms Castellano said.

According to IRIS, at least 15,000 Aboriginal Australians have suffered vision loss since 2016. 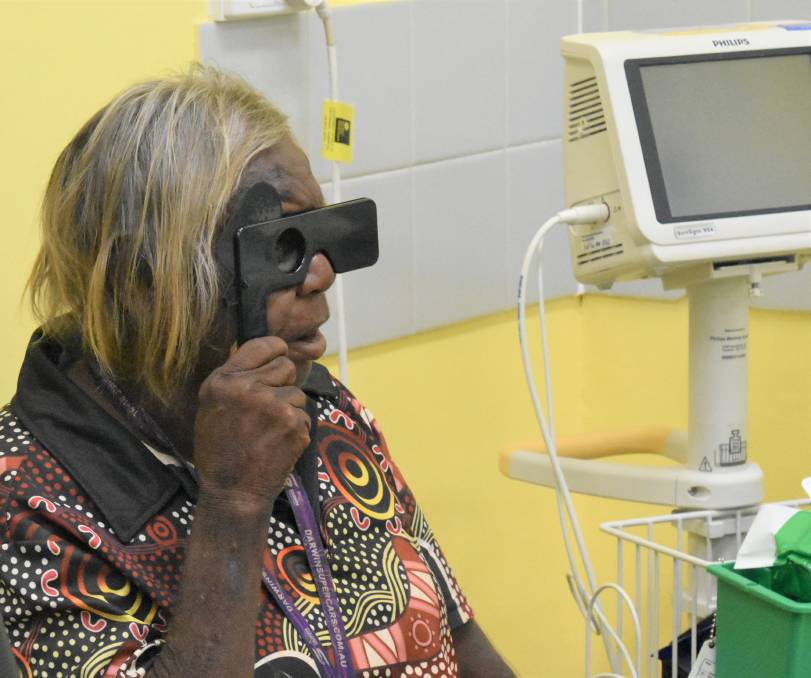 Non-Indigenous people in the Katherine area have also been waiting on cataracts surgery.

Alison Tarry lives at Tindal RAAF Base and she’s had cataracts since an injury she suffered as a teenager. She was blind in one eye but after having surgery this week she said being able to properly see again was “overwhelming”.

“I can’t explain it to you,” Ms Tarry said. “When I just went in and had it taken off and they asked me to read … it’s overwhelming.”

Ms Tarry said her quality of life suffered when her eyesight was damaged. “It really hit home how much you need your eyesight,” she said. “Driving a car, being a parent … words can’t describe. 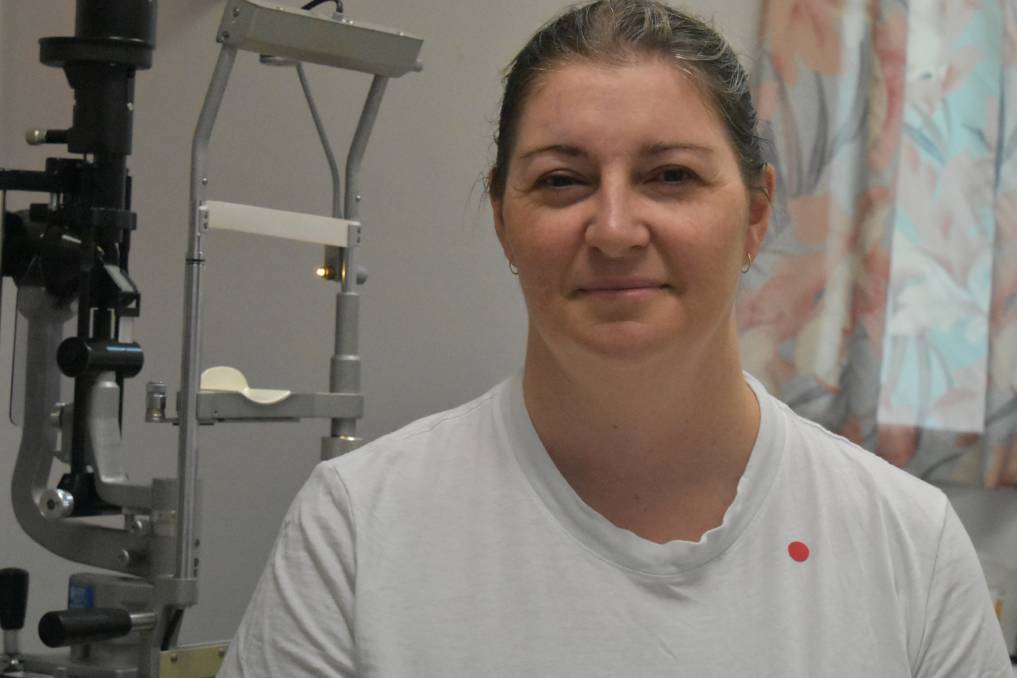 Alison Tarry has been given her life back after surgery.

With their sight back, patients like Shirley can look forward to actually seeing their family this Christmas.